From Custom Wardrobes to Custom Closets: A Brief History

Over the last century, closets have become a design phenomenon. Homeowners want walk-in rooms to store their ever-growing collections of clothing, handbags, shoes and accessories. Yet some homeowners and potential buyers may have the occasional historic home that lacks a walk-in closet or wish to turn a room without a closet into a bedroom retreat. Instead of taking out a wall and restructuring your home’s layout, consider the latest custom wardrobe trend that turns any wall into closet space. 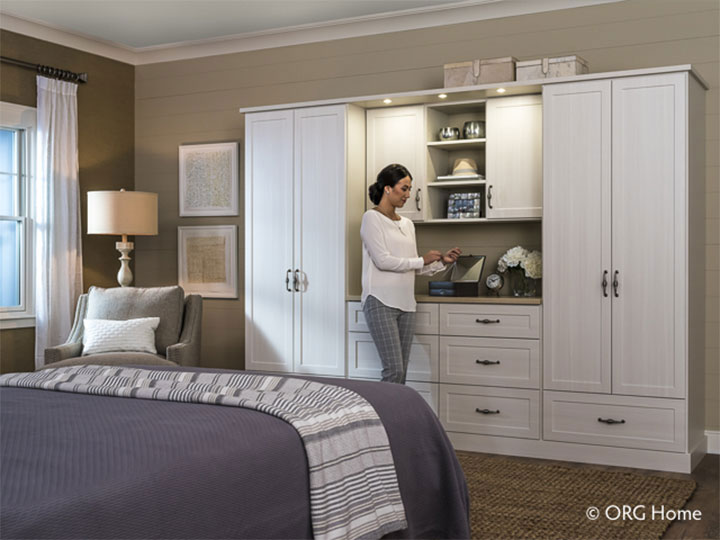 Custom wardrobes are an ideal solution for bedrooms that lack closet storage — and they’re steeped in historical significance:

King Louis XIV “Invents” the Closet: In the Middle Ages, most people didn’t have bedrooms unless they were in the upper class. Most homes had one room that served as the kitchen, living room and bedroom. With little to no extra space for storage, people used chests to hide their belongings out of sight. If they had extra money, some households bought custom wardrobes with intricate wooden designs and carvings.

By the 1600’s, freestanding chests and custom wardrobes made way for the first modern closet. King Louis XIV of France was inspired to dedicate an entire room to clothing storage, given that he was known to own massive amounts of clothes and create the latest French fashion trends. He dubbed the room a “closet,” formed from the Latin word, “clausum,” which means “closed.”

Wardrobes Make a Reappearance: The idea of a custom closet quickly caught on with the upper class around the world. In 17th century English homes, a closet played the roles of sitting and dressing room, as well as a place for servants to work on mending.
Most people in the middle and lower classes didn’t own enough clothing to justify adding an entire room onto their home. Instead, they relied on custom wardrobes like the generations before them, but they added built-in drawers. Painted doors and lacquered wood were popular ways for people to make their wardrobes an interior design statement and not something that resembled a traditional chest.

Walk-In Closets Become Standard: Closets and custom wardrobes continued dividing along class lines until 1930. During that year, Manhattan’s 740 Park Avenue debuted the first documented living spaces with walk-in closets. They included drawers, shoe shelves and even electrical outlets. More properties added them to their condos and apartments, quickly making them the norm.
In the last few decades, walk-in closets became a staple item in pop culture as well. MTV featured them in house tours and Carrie Bradshaw typed a few of her weekly columns from the comfort of her luxury walk-in. They stood out because they featured custom shoe towers and interior lighting that showed off designer clothes and accessories. 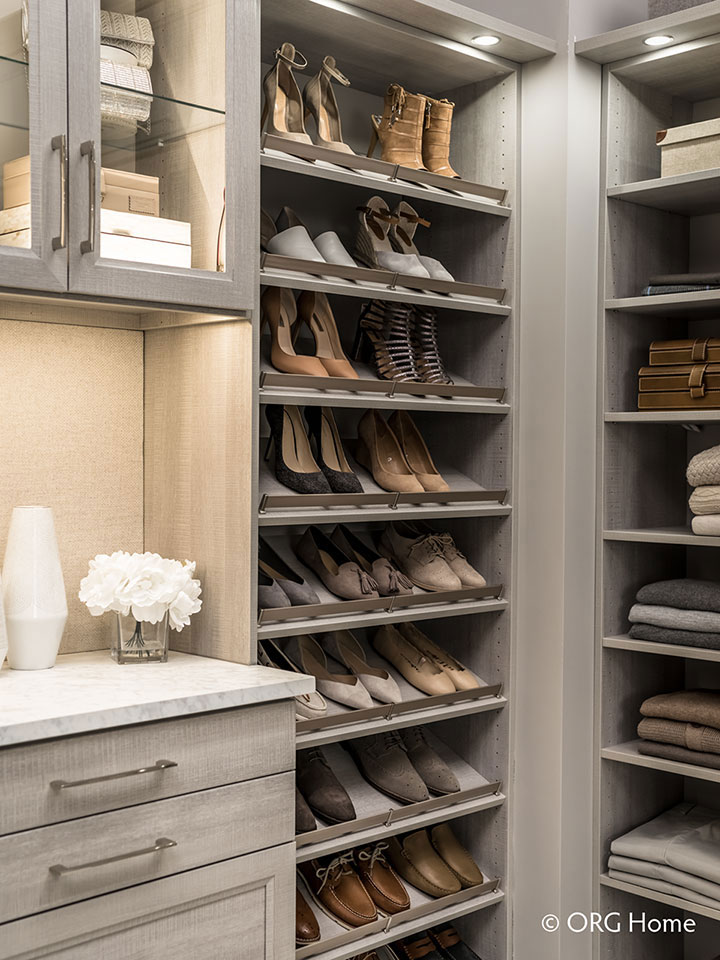 Custom Wardrobes Make a Comeback: As the adage goes “Everything old is new again” and custom stand-alone wardrobes are making a comeback as an additional design option available to homeowners today. Whether you live in a historic house or you want to transform a room with a custom wardrobe that meets your storage needs, Strickland’s Home can help. Contact us today and we’ll connect you with our custom wardrobe design experts.